Music for a better Philippines

In 2012, Ang Misyon, a non-profit organization, organized the Orchestra for the Filipino Youth (OFY). It believed that social change can be sparked through the learning of orchestral music.

Knowing that there are a lot of talented Filipino youth who want to learn to play orchestral music but do not have the resources to undergo formal training, Ang Misyon through OFY opened the door to make their dreams come true.

Today, OFY has helped over a thousand scholars and continues to provide programs which focus on orchestral training and instrument support. Scholars are also given opportunities to play in local and international performances that help boost their confidence and enhance their skills.

As a form of giving back for the good things they have received as OFY scholars, they now serve as mentors to younger members. This way, they are able to share the values and skills that they have learned from their teachers and peers. The musicians of the OFY and Ang Misyon

Ang Misyon offers music programs that aim to develop musical skills as early as six years old. At a young age, children are introduced to the world of music and its possibilities, preparing them to eventually progress to professional levels.

The values of commitment, discipline and community are ingrained in their orchestral training, which empowers them to become responsible members of society.

Its programs include the Beginners Program, Ang Misyon Children’s Orchestra and Orchestra of the Filipino Youth (OFY), all of which are evaluated based on various factors such as musical skill and performance improvement.

After seven years, the vision to reach excellence in music for a better Philippines has remained clear. 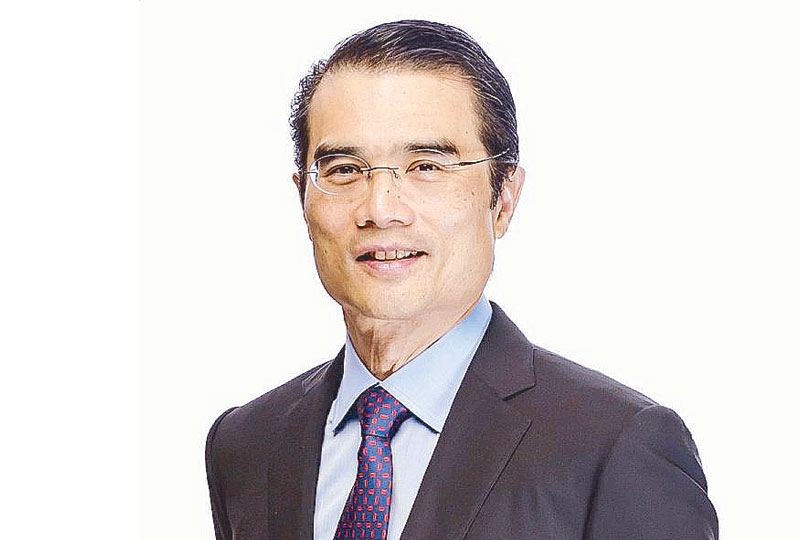 “In Ang Misyon, our scholars hold the key to unlocking the full potential of this movement, and the tangible results we’ve seen so far only inspire us to do more,” shared Federico Lopez, Ang Misyon’s president, as he welcomed the audience to the anniversary concert held recently at Hyundai Hall, Areté in Ateneo de Manila University.

“When we first thought of forming a youth orchestra way back in 2012, there was always one thought that motivated our actions: the power of music to inspire and change lives for the better. For many of us that journey has been a fascinating one but made so much more fulfilling when we see doors of opportunity open in the lives of our young talented musicians,” he said.

“For me, it’s been quite rewarding to see them discover their individual superpowers but then in turn subsuming those powers to build a unified and stronger community by way of an orchestra. Hours of practice on their own and then together are the only ways to accomplish that because you can’t get to excellence without both,” he added.

But Ang Misyon has done more than develop talented young musicians; it has given these young people – as well as their families and communities – a new view of life and of what they can do.

“What they’re also learning at a very young age is that these elements to success apply to every aspect of their lives and it’s a lesson that sends ripples out to their parents, families and less-privileged communities as well. It’s a powerful message of hope and self-determination that’s so needed in today’s world,” Lopez shared.

Part of OFY’s mission is to spread the gift of music  throughout the archipelago. “We’ve always wanted to make orchestral music more accessible to every Filipino, and in the last few years, we‘ve made efforts to reach out to various communities in many cities, towns, and provinces in the hope of fostering the love of music. In so doing, we’ve come across many talented youth, some as young as 10 years old, who now make up the core of the OFY. Their passion and discipline has borne fruit, as their music is now embraced and lauded in both the local and international stage,” he explained.

Conducted by Joshua Dos Santos, OFY’s music director, a few surprise pieces energized the crowd as he engaged them during the show and closed with a standing ovation.

The concert had an attendance of nearly 600, with audiences from music groups such as the UP Symphonic Band, Far Eastern University’s Bamboo Wand, Drum and Bugle Corps, faculty and students of St. Scholastica’s College and Philippine Women’s University.

Fellow members of the music and arts community including Marlon Chen of Manila Symphony Orchestra and Noel Martin of Valenzuela Youth Orchestra showed their support as well.

The OFY at 7 Concert was made possible by the Washington Sycip Family Foundation, Rockwell Land Corporation and BDO.

Its institutional donors First Philippine Holdings Corporation, First Gen Corporation and ABS-CBN are also acknowledged for their support through the years.

For more information, follow @weareofy and @angmisyon.ph on social media.